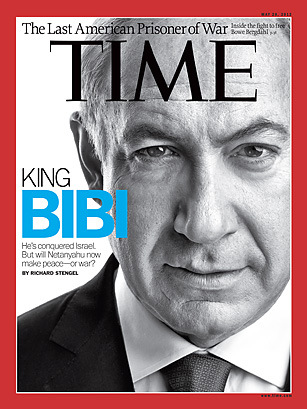 In a fascinating article published in 2015, Piki Ish-Shalom argued that world leaders have begun to take charge of the mundane, routine, workings of diplomacy rather than limiting their involvement in diplomacy to times of crises. World leaders are now King Diplomats. Ish-shalom further argues that world leaders’ over reaching in diplomacy leads us to view our world as one that is in perpetual crisis as we are used to viewing world leaders manage diplomatic affairs during times of volatility and not on a day to day basis.

King Diplomats have long since migrated to social media. Nowadays, national leaders often have a personal social media account which is separate from official profiles managed by foreign ministries.

On Monday, November 9th, social networks were buzzing with news that another world leader, US President Barack Obama, had joined Facebook. Stating that he hoped Facebook would be “a place where we can have real conversations,” the President went on to address the issue of climate change. Senior White officials stated that the launching of Obama’s own Facebook page was part of an attempt to allow the leader to find his own unique voice on social media.

By opening a personal Facebook account for Obama, the US State Department and White House may be able to capitalize on the President’s popularity thus increasing the reach of their social media activities.

Following Obama’s Facebook launch, I sought to evaluate the extent to which world leaders’ personal social media accounts attract large numbers of followers. It seems likely that such leaders would be popular online given people’s desire to get an inside view into the working of national government, international diplomacy and even crisis management. Moreover, world leaders are decision makers, those able to deploy fleets and close borders. Therefore, leaders may have an appeal that exceeds that of foreign ministries often seen as large, bureaucratic and dull organizations primarily concerned with the wordings of documents and statements.

The first comparison, which may be seen below, compared between the number of followers of European leaders and their respective MFAs. As can be seen, in all ten cases world leaders attract a substantially larger amount of followers than MFAs. For instance, as opposed to President Erdogan, who has seven million followers, the Turkish MFA attracts a mere thirty four thousand followers (note: click all images to see bigger).

Next, I compared the popularity of Eastern European leaders and their respective MFAs. This comparison, seen below, yields similar results. Estonia’s Prime Minister is the only world leader in this analysis to only slightly out preform his respective MFA (the PM has 19,000 followers as opposed to the MFAs 13,000 followers). 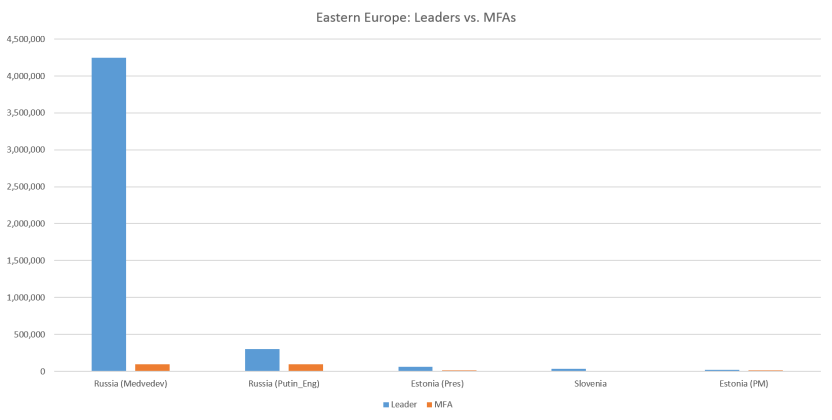 The most important finding in the Eastern European comparison in the gap between President Putin’s English account and that of the Russian MFA’s English twitter account. Given that world leaders are also highly visible national leaders, many of their followers may be national citizens as opposed to MFAs that attract mostly foreign audiences. The gap between Putin’s English account and that of the Russian MFA is thus important as both accounts target foreign audiences yet even here the world leader out preforms the MFA .

Next, I compared between African leaders and their MFAs. This was the only analysis in which MFAs out preformed world leaders as is the case with both South Africa and Ethiopia. However, even in Africa the majority of leaders attract more followers than MFAs, and in substantial numbers (see Rwanda and Kenya). 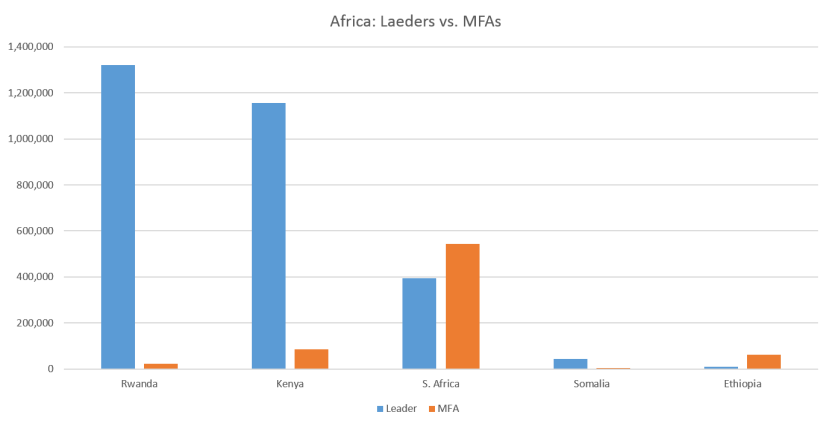 The next region I analysed was the Middle East in which, again, a clear pattern appeared with the exception of Bahrain (see image below). Interestingly, the average Middle Eastern leader attracts 1,685,894 followers on twitter as opposed to an average MFAs’ 177,838 followers.

The next region to be analyzed was Asia/Pacific in which, as can be seen below, a similar pattern emerges.

The last world regions I analysed were South and North America which both can be seen below. In both these regions, world leaders are far more popular on twitter than their MFAs. For instance, the average South American leaders attracts 2,967,963 followers as opposed to an average MFAs’ 136,497.

Finally, I decided to compare between the online popularity of all world leaders I evaluated. This analysis is shown in the image below.

What is most striking is that here again we witness a sort of social (media) mobility in which leaders from relatively small nations out preform leaders from “stronger” countries. Such is the case with the leaders of the UAE and Mexico who attract more followers than their peers in Brazil, Italy, UK and France. This is also the case with the leaders of Turkey, Venezuela and Ecuador. If such leaders do in fact attract followers from all over the world, their online presence may contibute to their nations to visibility and importance in global affairs.

Across the whole sample, the average world leader attarcts 3,441,717 followers as opposed to MFAs’ 191,040 followers.

In summary, it seems that world leaders have far outpaced their respective MFAs on twitter. Nations looking to reach larger audiences may thus choose to integrate the national leader into the digital diplomacy apparatus. However, the image of world leaders is much less stable than that of nations. Thus, a leader’s popularity, or lack thereof, might have a positive or negative effect on the nation’s brand as a whole.

In addition, world leaders often aim to achieve political goals, while MFAs focus on national goals. The gap between the two may lead to diplomatic faux-pas as leaders’ national tweets are received negatively by international audiences.  Such is the case with the tweet below published by Republican candidate for Presidency Donald Trump during last week’s terror attack, a tweet that received a prompt (and in my opinion worthy) reply from the French Ambassador to the US. Should Donlad be elected President, his national tweets are sure to cause international controversy.

It is important to note that this analysis is lacking in that it has failed to assess the extent to which followers of world leaders are indeed global in nature. This analysis shall be published next week.

For more on this issue, and #digitaldiplomacy, join me and diplomats from all over the world in Israel’s first digital diplomacy conference. More here.