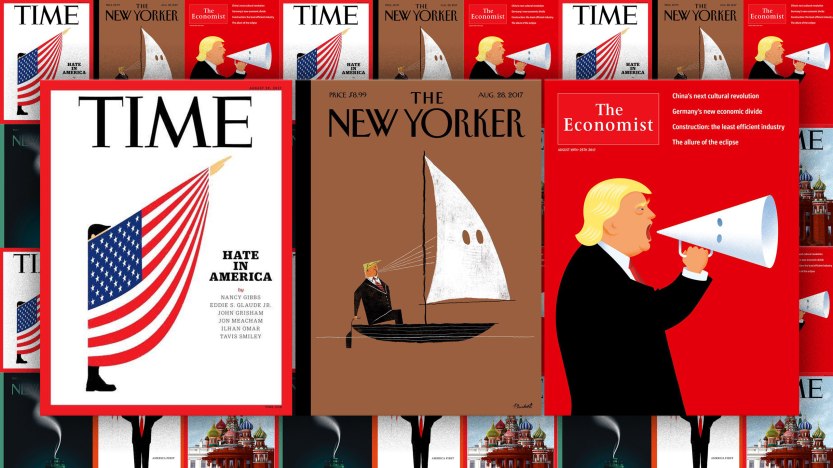 For over a decade the State Department has relied on social media sites to counter extremist narratives, engage in conversation with foreign publics and shape the global diplomatic agenda. Importantly, the State Department also uses social media to manage America’s global image. The need to proactively manage America’s online image became apparent during the George W. Bush presidency. The invasion of Iraq and Afghanistan, the administration’s refusal to join the Kyoto protocol and the Bush doctrine of “you’re either with us or with the terrorists” all brought about a crisis in Brand America. Despite the long-term impact of September 11, rather than view America as a beacon of democracy, global publics came to regard the US as a greedy, polluting and militaristic empire.

The election of Barack Obama was viewed as an opportunity to rehabilitate Brand America through policies and social media outreach. In December of 2013, Dr. Elad Segev and I first attempted to characterize the American image disseminated by the State Department on Facebook.  Given that the State Department was attempting to draw America’s self- portrait, and given that social media portraits are known as Selfies, we referred to image management on Facebook as “Selfie Diplomacy”.

The practice of Selfie Diplomacy should not be taken lightly. At an age in which images rule supreme, national images become important foreign policy assets. When nations are seen as adhering to accepted norms and values they can expect diminished opposition to their foreign policies. By contrast, when nations are seen as failing to adhere to such values they can expect considerable opposition to their policies, be it from state or non-state actors. National images also help countries attract foreign investments, secure new trading partners and become instrumental members of multi-lateral organizations. National images are therefore an important component of Soft Power.

Our analysis revealed that America’s 2013 Selfie was comprised of three themes. The first depicted American efforts to mend relations with the Muslim world by securing peace between Israel and Palestine and openly criticizing Arab despots. The second theme dealt with America’s moral leadership and included calls for democratic reforms in foreign countries and US promotion of human rights. The final theme portrayed America’s economic leadership through foreign aid and US support of clean energy initiatives. Our findings demonstrated that the State Department branded America as “as an economically responsible superpower, guided by moral values and committed to diplomacy and building meaningful relations with the Muslim world”.

In 2016, I returned to America’s Selfie to explore whether the Obama State Department was crafting a consistent online image of America. While America’s Selfie remained similar, there were three important differences. First, the State Department articulated the values that guide American foreign policy- religious tolerance, multi-culturalism and dialogue. Second, the War on Terror was no longer portrayed as an American endeavor but as a global one. America was now fighting Daesh with a host of other actors ranging from the Global Coalition to the UN Security Council, faith based organizations and NGOs. Thus, America had abandoned unilateral diplomacy in favor of multilateral diplomacy.  Finally, America was portrayed as committed to a new policy of engagement as was manifest in the Iran nuclear agreement and the re-establishment of ties with Cuba.

The election of Donald Trump offers a unique opportunity to re-examine the Selfie disseminated on Facebook by the State Department. Such an analysis can help shed light on the manner in which American diplomats promote the Trump administration’s contentious “America First” foreign policy among global audiences. Moreover, this analysis can examine the extent to which the image of Trump’s America differs from Obama’s America.

To characterize America’s Selfie, I returned to the State Department’s Facebook profile and examined 83 posts published in July of 2017. Theses posts were categorized into four main themes.

The first theme portrayed Trump’s America as a global mediator. Theses posts emphasized America’s mediation efforts in the Ukrainian crisis; the Gulf dispute with Qatar; the brokering of a Syrian ceasefire and mediating talks between Israel and Palestine. However, unlike the Obama Selfie, America is currently portrayed as acting alone on the world stage. American mediation does not include other partners (e.g., EU, NATO) and is not dependent on coalitions with non-state actors. Moreover, the majority of these posts depicted US mediation as contributing to local or global financial interests.

The second theme dealt with the war on terror. Posts comprising this theme focused mostly on the liberation of Mosul from ISIS and the Global Coalition’s attempts to disrupt ISIS financing and recruitment. However, during 2016 the State Department went to great lengths to portray the Global Coalition as a new relationship between America and the Arab world as it includes Jordan, Qatar and the UAE. By contrast, the Trump State Department refrained from emphasizing the role of Arab or Muslim countries in the Coalition. The war on terror was also portrayed as an American endeavor that did not include non-state actors or faith based organizations.

One of the most referenced countries by the State Department was Iran. In a series of posts Iran was portrayed as a destabilizing agent and a global exporter of terrorism. While the State Department noted that Iran was complying with the Iran deal, it argued that the country was undermining the spirit of the agreement through its terrorism related activities. The negative depiction of Iran was markedly different from the Obama Selfie which emphasized America’s commitment to engaging with Iran in constructive dialogue as part of a wider “diplomacy first” policy.

The third category included posts demonstrating America’s moral leadership through US foreign aid projects to fight Ebola and increase food security; academic exchange programs; visits by foreign journalists to American newspapers and denouncing the persecution of human rights’ activists in China. Notably, the State Department chose not to identify the values that the Trump administration will champion. In fact, the entire depiction of America as a country that leads by moral example was missing as were other issues that the Obama State Department championed including religious tolerance and multi-culturalism.

The final theme highlighted America’s financial leadership and the need to reform financial markets. Posts focused on bi-lateral financial initiatives, such as joint American-Turkish gas explorations, or multi-lateral initiatives such as the US-EU open skies agreement that reduce government intervention and allow economic expansion. Finally, visits by Secretary of State Tillerson to the Middle East were also portrayed as contributing to the financial prosperity of America.

The current American Selfie also relies on a new vernacular. While in 2016 the State Department extensively used the word “engagement”, the Trump State Department routinely uses the word “sanctions”. Financial sanctions were the proposed remedy for many foreign challenges including Iran, Venezuela, Syria and Sudan. In addition, while the Obama administration spoke about leading a climate oriented economy the Trump administration made only one reference to global sustainability and no references to the dangers of climate change or globalization’s impact on the environment.

The dominance of President Trump in State Department posts was far less noticeable than that of President Obama. When Trump’s comments were posted online they complemented America’s current Selfie as they focused on the need to reduce government bureaucracy and to secure Western countries’ borders. The President also commented on Western civilization’s ability to overcome any foe, whether domestic or foreign.

In summary, Trump’s State Department brands America as a financial superpower dedicated to expanding its economic interests by eradicating the threat of terrorism to Western civilization and mediating global crises. American diplomacy no longer rests on engagement and dialogue but on financial stimulants and financial sanctions. This was most evident in the depiction of Iran.

Above all, America now leads alone.

This Selfie is considerably different than that of Obama’s America as it no longer focuses on mending relations with the Muslim world, engaging with former foes, caring for the environment or adopting more collaborative forms of diplomacy. While it still offers aid to the world, America is no longer portrayed as being guided by values or morals.  Thus, America is not a moral compass but as a fortress of solitude looking to secure its own borders and interests by its own means. This Selfie seems to resonate with the pillar of Trumps stated foreign policy- that America comes first.

From a diplomatic perspective, this new Selfie may be as detrimental to America’s global leadership as Donald Trump’s own use of social media. Indeed, the current portrayal of America echoes that of the George W. Bush administration in which civilizations are pitted one against the other in a dichotomous struggle of good versus evil and in which Arab or Muslim despots are legitimate allies as long as they align financially with the US. Bush’s America and Trump’s America are also similar in their economic prism. While America’s business has always been business, the Obama administration put the world first by leading a globalized, climate oriented, economy. Bush and Trump put America first and the world second.

America’s Selfie under Trump is thus a reincarnation of an America that was wholly rejected by global audiences – one that rebuked accepted norms and values ranging from the environment to LGBT rights and religious tolerance. This Selfie, and the policies that accompany it, risk a repeated rejection of American leadership by the progressive parts of the world at an even more perilous time.