Technology has always influenced the practice of diplomacy and, subsequently, the role of Ambassadors. Until the 19th century Ambassadors were both extraordinary and plenipotentiary meaning that they had the authority to negotiate on behalf of their monarch and even sign treaties in his name. This was a result of the communication mediums that were available at the time- letters sent by messenger that could take months to reach their destination. Beyond their role as negotiators, Ambassadors would also personify their country’s character, tradition, culture and achievements.

Indeed the French Ambassador to the Court of St. James was the very embodiment of France in England.

The telegraph dramatically altered the role of Ambassadors as the authority to negotiate, and sign treaties, migrated to the foreign ministry. The telegraph also transformed foreign ministries into global nervous systems in which the brain, or MFA, sent out instructions to its sensors, the Ambassadors. The condensing of time and space also hastened the speed of diplomacy as information could now be sent instantaneously throughout vast empires.

However, the term sensors reveals that Ambassadors still had an important role in the conduct of diplomacy, namely the gathering and analysing of information that would inform MFA policy making. Moreover, Ambassadors were still required to create a receptive environment for their nation’s foreign policy among politicians, elites and other diplomats.

During the 20th century advancements in ICTs (information and communication technologies) and transportation once again altered the role of the Ambassador. World leaders could now converse over the phone thereby eliminating the Ambassador’s position as a middle man between monarchs. Even more importantly, world leaders could now meet with their peers on an almost regular basis. Be it in state visits, or world summits, the relationship between world leaders became more pivotal to diplomacy than the relationship between leaders and Ambassadors.

By the end of the 20th century, world leaders overtook many of the tasks traditionally conducted by Ambassadors thus evolving into King Diplomats (see Ish Shlaom).

Ambassadors in the Digital Age

The digitalization of diplomacy has once again altered the role Ambassadors play in diplomacy. This is due to the fact that power is now migrating back from the MFA to the embassy. While world leaders may have assumed part of the responsibility for negotiations and multi-lateral issues, embassies have reasserted their importance in the fields of public diplomacy and image management. Indeed digital tools have substantially increased an embassy’s ability to communicate with the population of a foreign country, to create relationships with key audiences and elites and to manage their country’s image.

At the individual level, Ambassadors are able to attract a sizable following on social media as they remain the official representative of their state in a foreign land. Thus, digital Ambassador often attract more elites (i.e., journalists, policy makers, academics, other Ambassadors) than their embassy. Moreover, my analyses show that Ambassador tweets often have a greater online reach than embassy tweets given that they garner attention from journalists and politicians.

Within the realm of social media, Ambassadors can employ digital platforms in three ways. First, they can use it to offer analysis and insight into global, regional and local events. Despite recent depictions of social media users are gullible consumers of fake news, it is important to remember that digital diplomacy audiences are interested in learning about the world around them. Ambassadors’ expertise ss foreign policy analysts can help  followers make sense of a world that seems chaotic and in a constant state of crisis. By offering insight and analysis Ambassadors can thus reduce some of the tension and anxiety now felt around the world.

Thus, Ambassadors can help fight the spread of fake news.

Notably, Ambassadors do not have to be active online personally in order to promote digital diplomacy within their embassy. Rather, they need only understand the manner in which digital tools may be leveraged to achieve concrete diplomatic goals.

This realization has already prompted several MFAs to offer Ambassadors special digital training. Such training focuses on introducing Ambassadors to digital platforms, identifying the possible use of each platform and demonstrating the efficacy of digital campaigns. Moreover, some MFAs encourage Ambassadors to be digital “lurkers”, that is to use social media to gather relevant information even if they themselves do not want to publish online content.

However, such training fails to accomplish one important goal- demonstrating the manner in which Ambassadors may oversee embassy wide digital diplomacy use. It is said that it takes a village to raise child. Similarly, it takes an embassy to realize the potential of digital diplomacy. Embassy departments need to provide social media managers with content, embassy officials must be free to engage with followers in Q&A sessions and the social media managers must be aware of Embassy events so as to tailor digital campaigns to promote these events. And it falls on the Ambassador to create such working routines, to ensure that social media mangers are central figures in embassy communication and to help social media managers define the goals and target audiences of digital campaigns.

Where to From Here?

The realization that Ambassadors are digital gatekeepers must inform MFA digital practices beginning with the training Ambassadors receive. Ambassadors must also be presented with guidelines and best practices for digital use at the embassy level and with case studies from which they can deduce when and how digital can be leveraged to achieve diplomatic goals.

This is exactly what we plan to do at the upcoming Ambassadors’ Forum to be hosted on March 30 at the Cyprus High Commission in London. Follow our live tweets March 30 using the hashtag #DigDiploROx. For more on the event see the our webiste 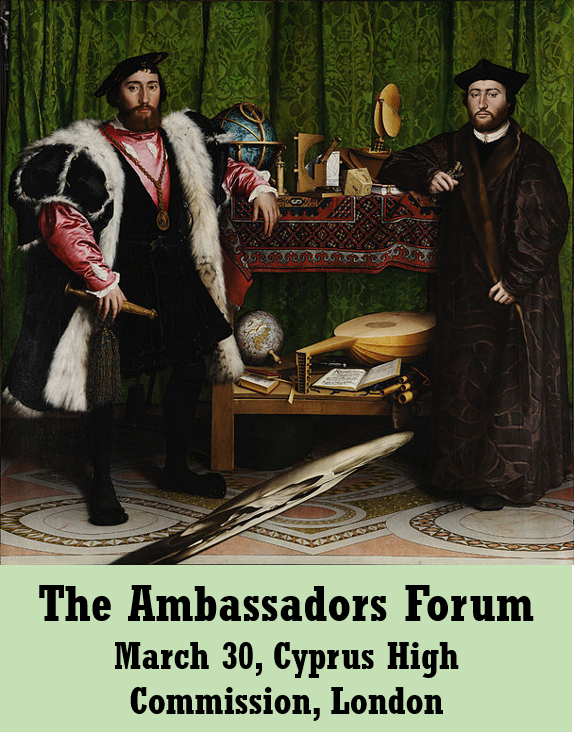 2 thoughts on “Ambassadors as Digital Gatekeepers”