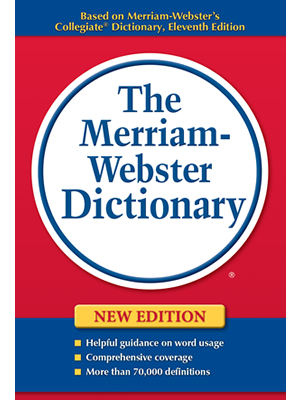 The digitalization of diplomacy has been closely associated with the practice of public diplomacy. Indeed, early adopters sought to leverage digital tools such as social media, blog sites and virtual worlds to foster ties with foreign populations. Public diplomacy underscored the digitalization of the US State Department that sought to engage with critical Muslim audiences and reshape America’s relationship with the Arab World. This led the State Department to launch a virtual Embassy to Iran and to establish a digital outreach unit tasked with conversing with Muslim internet users. Similarly, Sweden migrated online and created the world’s first global cultural Embassy that hosted international events such as book fairs and art exhibits. In the case of New Zealand, the Arab Spring was a major catalyst as the MFA sought to interact with foreign populations and formulate foreign policies based on the feedback gained from these interactions. The vision of New Zealand was of democratized diplomacy.

In terms of terminology, the digitalization of diplomacy was originally concerned with publics. Diplomats sought to either digitally monitor, or interact with foreign publics. The term public is informative as when one employs this term he or she is also making an ethical statement. When recognizing a public, one also gives voice to that public and constitutes the public as a group with agency. The definition of a public according to Miriam Webster is ‘devoted to the general or national welfare’. Herein lays the ethical dimension of this term. If diplomats interact with publics then they are interacting with a group or community that has needs, desires, opinions and these needs and opinions merit diplomats’ attention. Moreover, if diplomats interact with publics then they are engrossed in a two-way communicative act in which they speak at, and listen to, members of the public. It is not surprising that diplomats employed the term publics as digitalization was once steeped in a belief that social media could facilitate the creation of relationships with foreign publics. These relationships, once nurtured, could be leveraged to promote national interests such as facilitating trade between two states.

In recent years, some MFAs have adopted a new term- audiences. The difference between audience and public is not mere semantics. Miriam Webster defines audiences as ‘a group of listeners or spectators’. This suggests a one-way communicative mode in which diplomats speak at foreign populations, and not with foreign populations. This shift is, in part, a result of the weaponization of digital platforms. Since the 2014 Crimean Crisis, more and more nations have sought to use digital platforms to spread lies, rumors and conspiracy theories while shaping the perceptions of digital users. This list of nations, according to a study at Oxford University, is not limited to Russia but also includes China, Iran, Israel, Saudi Arabia and North Korea (to list a few).

The emergence of digital disinformation transformed publics into audiences. Diplomats’ no longer sought to interact with foreign populations, or even build relationships, but to control the information environment of online audiences. More and more MFAs come to regard the public as a problem that must be managed. It was this view that transformed the public into an audience. Soon, national efforts were made to stem the flow of disinformation and protect audiences from malicious content. The magnitude of digital disinformation, and its possible impact on the national psyche, turned digital platforms into a national security threat as audiences were viewed as helpless citizens bombarded by fake news that like ‘magic bullets’ pierced their brains and altered their behaviors.

The change in terminology impacted the process of digitalization. Digital outreach units were replaced with big data departments. Diplomats were replaced by computer scientists while online interactions gave way to network analyses and the real-time mapping of disinformation campaigns. Gone were the lofty goals that first shaped diplomats’ digital activities.

Notably, several years have passed since the issue of digital disinformation first came to light. MFAs and diplomats have responded with force. It may thus be time for another change in terminology with the term constituency replacing the term audiences. Several studies have argued that digitalization blurs the border of the nation state as an MFA’s digital following includes both foreign and domestic users. Moreover, scholars have argued that MFAs seek to attract domestic users due to two reasons. First, MFAs hope to cultivate a domestic following given the need to safeguard their territory within governments. In a globalized world, MFAs lose their monopoly over managing a state’s external affairs. Ministries of health, energy, environment and education all collaborate with foreign peers. Diplomats thus require a dedicated domestic following that will support MFAs in their attempt to secure both their remit and their budgets.

Second, diplomats hope to market their foreign policy achievements and ensure that foreign policy achievements are embraced at the national level. For instance, the Obama White House created a domestic digital campaign that ‘sold’ the 2015 Iran Deal to the American public. Similarly, the UK FCO uses Twitter to assure British taxpayers that the Global Coalition Against Daesh is meeting its objectives, and defeating the enemy at every turn. Domestic support is crucial if diplomats are to obtain their foreign policy goals.