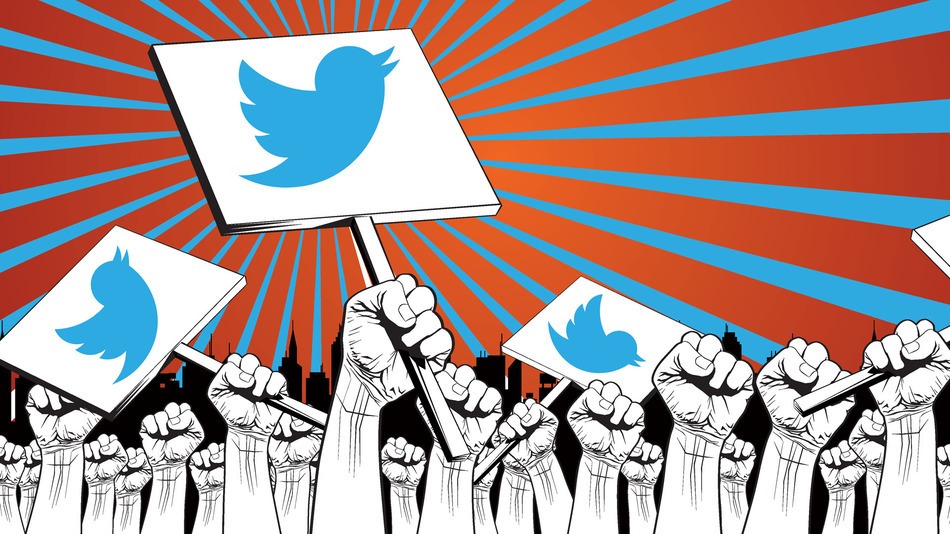 On February 2017, the editor of Foreign Policy magazine David Rothkopf published a podcast focusing on digital diplomacy. Titled “The Revolution will be Tweeted”, the podcast attempted to examine the manner in which digital technologies are changing the DNA of diplomacy. To do so, Rothkopf interviews several experts including Alec Ross, former innovation advisor to Secretary of State Hillary Clinton. Together, they chart an interesting narrative of the history and future of digital diplomacy.

Yet it is a narrow and somewhat outdated narrative.

In this blog post I attempt to offer a more in-depth and accurate narrative of the history of digital diplomacy and how it has changed the norms, regulations and processes of diplomacy.

Diplomats, scholars and Rothkopf have often viewed the Arab Spring as the origin of digital diplomacy. Indeed the revolts that swept through the Middle East in 2011, and that saw the fall of Egyptian President Mubarak, were a formative event in the history of digital diplomacy. It was at this moment that MFAs, embassies and diplomats realized that events that occur offline take shape online. Moreover, social media emerged as a platform that could offer valuable insight into public opinion and public sentiment thus facilitating foreign policy analysis.

Yet the use of digital tools in diplomacy actually started earlier. Already in 2008 it was estimated that the internet was responsible for some 80% of the recruitment of youths to Jihadi movements. Realizing the need to counter Al-Qaeda’s recruitment tactics, and its online narrative, President Bush’s Undersecretary for Pubic Diplomacy and Public Affairs launched Public Diplomacy 2.0. This initiative saw the migration of the State Department to Facebook, the launching of a departmental blog and the establishment of a Digital Outreach Team tasked with countering Al Qaeda’s recruitment online.

The next milestone of digital diplomacy was the WikiLeaks scandal of 2010 in which WikiLeaks published some 250,000 diplomatic cables sent between US missions and Washington. In fact, I would argue that WikiLeaks was the origin of digital diplomacy, and not the Arab Spring. For it was WikiLeaks that taught diplomats that secrets can hardly exist in the digital age, that information wants to be free and that it can set itself free and that the digital age would require new working routines, procedures and tools. From WikiLeaks onwards, MFAs began to regard the digital sphere as one that is intrinsically linked to diplomacy. This would be a formative realization that eased the process of migration online and the adoption of a new, more open, diplomacy.

Importantly, WikiLeaks also had two positive outcomes. First, the world of diplomacy did not collapse. This taught MFAs that online blunders have a relatively short life span. Second, experts around the world were impressed with the analysis of US diplomats. At a time when national leaders are assuming many diplomatic tasks, WikiLeaks was a reminder that diplomats are expert analysts and that one cannot do without them.

In the digital diplomacy podcast, Alec Ross explains that diplomats “need a new mentality” that goes far beyond closed meetings of men in white shirts and red ties. There is a need for a diplomacy that reaches out to connected publics.

While this assertion is true, it is also seriously outdated. To paraphrase the title of Rothkopf’s podcast, “The Revolution has been Tweeted”. Diplomats, MFAs and embassies have been allocating resources for public engagement and public diplomacy activities online for nearly a decade. The notion that online publics want a seat at the negotiating table may have sounded novel in 2013. In 2017 it is part of MFAs’ modus operandi.

What Ross and Rothkopf also fail to account for is the global spread of the practice of digital diplomacy. From Nairobi to London, and from Bangkok to Cairo, MFAs and diplomats have flocked to online platforms and have embraced a more dialogic form of diplomacy. Ambassadors hold Q&A sessions while white papers are crowdsourced online. Embassies communicate with students via Skype while Diasporas can download national games for their children.  The Israeli MFA converses online a million Arab Facebook users while the American embassy in Pakistan is tweeting its way to a mass public audience.

Notably, one of the major challenges facing MFAs is not reaching out to connected publics, or using networks to advance diplomatic means. But rather how to contend with a globally connected public that is volatile, unpredictable and clamouring to be heard. One method has been to increase the resources allocated to digital activities. Another has been to train diplomats in the art of online engagement, contending with online criticism and choosing which battles to fight online.

While reflecting on digital diplomacy, both Rothkopf and Ross commit a familiar error focusing most of their commentary on social media. Although the obsession with social media has plagued scholars and diplomats for some time, it is important to remember that recent years have seen the adoption of numerous innovative tools in diplomacy.

Foreign ministries have developed smartphone applications for the delivery of consular aid, they have established virtual embassies to overcome the limitations of bi-lateral ties, they have begun using online simulations to prepare for consular crises and they are now developing their own algorithms and writing their own codes. Taken as a whole, the digitalization of diplomacy far exceeds the realms of Twitter, Facebook and Instagram.

Even more importantly, it is the use of digital tools by diplomats that is altering diplomatic processes. Such is the case with UN Ambassadors using WhatsApp groups to coordinate votes on resolutions or high ranking ministers tweeting from within the deliberation rooms so at to foster more open covenants of diplomacy.

Ross does add an interesting insight saying that “we have done a horrendous, horrendous” job at tackling online radicalization. However, there are two important caveats to add. First, a good deal of CVE activities (Countering Violent Extremism) are done at the local level in which diplomats interact, both offline and online, with audiences that may be prone to radicalization. Many of these activities are also done far from prying eyes. Second, there is an underlying assumption that the radicalization process operates like a “silver bullet”. One is exposed to propaganda online so one joins terror groups. Yet there are a myriad of reasons behind this process ranging from personal circumstances to government policies to the integration of migrant communities. No amount of online engagement can undo bad policies at the domestic and international level.

The Backstage of Diplomacy is Disappearing

Rothkopf and Ross also question whether secret diplomacy, or the backstage of diplomacy, still exists. In the digital age- can a secret meeting remain secret? The foreign policy of Barack Obama offers two important examples of backstage diplomacy. The first is the Iran negotiations. While these were done in the limelight, the public’s exposure to the negotiations was still limited. Social media followers were not privy to high level discussions in Geneva and Lausanne. The public was exposed to the final deal and even had an opportunity to read it and comment on it once it had been finalized. Notably, digital tools were especially used to sell and market the Iran Deal once it has been hashed out behind closed doors. The second example is the re-establishment of ties with Cuba which was only made public once an agreement had been in place.

To understand the current backstage of diplomacy one should focus on how diplomats use social media during negotiations. Diplomats currently tweet from within the room so as to offer followers a glimpse into the negotiations. Yet they rarely quote what is said in the room or what is said in confidence. Thus, diplomats still control what gets out of the room and when. By so doing, diplomats are able to exert some control over the communication environment and the environment within the negotiating room.

A Rebirth of Diplomacy

Rothkopf ends his podcast by stating that

Diplomats do not have the tools, the doctrines, or the experience with which to deal with these changes. And yet the changes come none the less. New frontiers that are political and cultural require a rethinking, rebirth and a reinvigorated era of diplomacy.

Here, I beg to differ with Rothkopf. The revolution will not be tweeted for it has been tweeted. In many MFAs, digital diplomacy is nearly a decade old. Guidelines for embassy use of social media have been written, senior and junior diplomats have received digital training, big data is being used to gauge public opinion in foreign countries while diplomats continue to experiment with new technologies. Departments have been refashioned, working routines have been altered and a new mentality has taken root, one that realizes the need for faster, more transparent and communicative diplomacy. White papers have been commissioned and reforms have been implemented. Even late bloomers such as India and Australia have already progressed far in the process of digitalization.

Even at multi-lateral forums digitalization has altered traditional practices. Only a few months ago, the UK mission to the UN enabled followers to query contenders for the position of UN Secretary General while contenders for the head of the WHO have launched social media campaigns answering questions of ciztines from around the world.

Diplomats have the tools and the experience necessary to utilize specific digital tools. Yet the process of digitalization is far from over for the digital society in which MFAs operate continues to evolve and to develop new tools.

For MFAs, the struggle will be to keep up and keep adapting.

One thought on “The Revolution Has Been Tweeted”