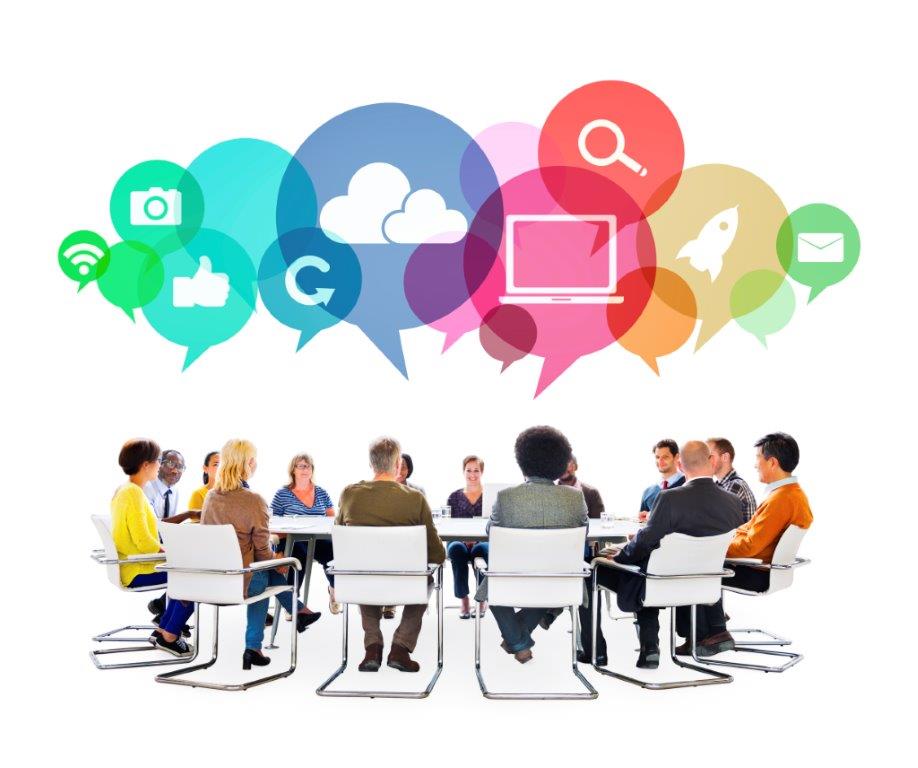 On April 5th 2017, the Australian Embassy in Israel and the Oxford Digital Diplomacy Research Group co-hosted a workshop on Digital Diplomacy. The workshop, which was attended by journalists, foreign diplomats and members of the Israeli MFA (Ministry of Foreign Affairs), focused on three issues:  utilizing digital tools for communicating with journalists, transitioning from digital tactics to digital strategies and the professionalization of digital diplomacy. In this post I summarize the main insights from this one day workshop.

Journalists and diplomats- a new dynamic?

To explore the manner in which digitalization has influenced the relationship between journalists and diplomats, the workshop included a Q&A session with Israeli journalist Barak Ravid. In Addition to being a reporter for the Israeli Haaretz newspaper, Ravid is also an avid user of social media and many of his stories include messages shared online by diplomats, embassies and foreign ministries. Ravid argued that diplomats still rely heavily on journalists and court them as they did a decade ago. However, the relationship with journalists has changed as diplomats no longer wish to increase their reach but rather to influence the manner in which events are covered and the context which is used by journalists to narrate events and actors.

Importantly, Ravid stated that journalists now also rely on diplomats and MFAs as the competition between media outlets now focuses on temporal dimensions. The question is not who will break a story, but who will break it first. Journalists have thus come to rely on social media channels through which diplomats and states first comment on events as they take place. In other words, journalists no longer wait for MFA press releases but for press attaché Tweets. Ravid summarized that embassies and Ambassadors should aim to be “digital early responders”.

Ravid stated that journalists now also tend to regard all statements on social media as official statements. “There are no personal views on Twitter”, stated Ravid, adding that nearly 30% of all of his stories originate from Twitter. Additionally, journalists now increasingly rely on live Tweets from official meetings or events as a means to complement their reporting.  For instance, Ravid explained that some of his coverage of events in Washington DC are based on Congressional aides live Tweeting from hearings on Capitol Hill.

When commenting on the use of digital tools by Ambassadors, Ravid stated that some Ambassador are able to create a brand that, in turn, increases their online reach. For instance, the Danish Ambassador to Israel branded herself as a “Green” Ambassador by Tweeting on issues relating to the environment and sustainability. Over time, the Ambassador attracted a loyal online following that would often re-tweet her messages. This was also the case when the Ambassador began to comment on other issues relating to Israeli policies or Israeli societal issues.

Conversely, digital strategies aim to achieve a pre-defined and measurable goal. The goal determines the target audience while the target audience determines the platform to be used. Notably, digital strategies are used for the achievement of long term goals and include measurements through which the strategy may be evaluated, augmented and improved.

Digital strategies thus impose order on digital activities and help embassies, MFAs and diplomats transition from day to day communication towards strategic communication, be it in shaping a country’s image, conversing online with critics or creating online partnerships with civil society actors.

A recent example of a digital strategy is the EU’s Facebook campaign in Israel. Launched by the EU embassy to Israel, the campaign aims to highlight the scope of bi-lateral ties between the two entities. This campaign may also aim to alter the poor standing of the EU in Israel as it is often seen as biased against Israel. The campaign uses Facebook posts to inform Israelis about EU investments in Israel, Israeli participation in EU funded projects, joint R&D projects and even the trade relations. The campaign recently included a live Facebook Q&A session with the EU Ambassador to Israel. 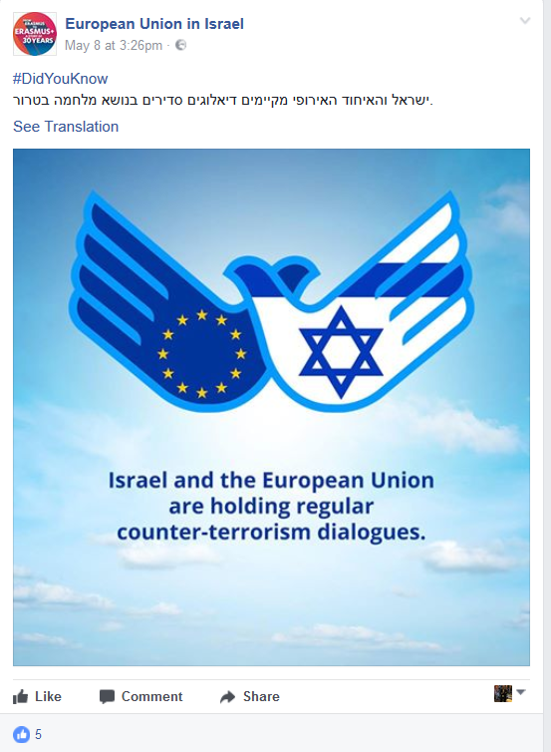 The campaign exemplifies digital strategies as the EU had a pre-defined goal in mind and this goal also determined the platform to be used- Facebook,  which is the most popular social media site in Israel. All materials were pre-prepared and were shared on Facebook both by the EU embassy in Israel and the Israeli embassy to the EU. The question that remains is that of measurement. The EU could have evaluated its strategy by examining its online reach, its ability to attract new followers, the amount of comments posted online, the sentiment of such comments (negative or positive),  increased willingness by Facebook users to interact with the embassy and even free surveys which could have been disseminated online before and after the campaign.

It should be mentioned that the transition towards digital strategies enables embassy and MFA staff to better utilize digital tools as much of the content shared online is curated and created beforehand. Thus, diplomats have more time to deal with day to day issues and crises. Finally, digital strategies enable diplomats to demonstrate how different events and actors relate to one another. For instance, a campaign can showcase how various foreign aid projects all resonate with a nation’s core values. By tying event and actors together MFAs increase their ability to narrate the world and make sense of it for social media users and journalists.

The professionalization of Digital Diplomacy-the MFA of the future

During the third panel of the workshop, Ilan Manor interviewed DJ Schneeweiss who is the Director of the Israeli MFA’s Digital Diplomacy Unit. The purpose of the interview was to explore how the Israeli MFA is turning digital diplomacy into a profession.

According to DJ, the Israeli MFA is currently in the midst of a long term process that aims to systemize and improve its use of digital tools. First, the MFA is looking to invest resources in developing digital expertise. As DJ argued, the time of experimentation is over. MFAs must develop digital units that include experts in the fields of computer programing, code writing, algorithm development and audience research. According to DJ, such digital departments will be the backbone of the MFAs of the future.

Second, the Israeli MFA is increasing its investment in digital evaluations that go beyond simple parameters such as reach and re-tweets. DJ stated that digital diplomacy evaluations must include more qualitative assessments adding “It’s not about how many re-tweets you got but about who re-tweeted you and who will see these re-tweets”. Additionally, the MFA will look for new tools to better analyze comments posted in response to online content and the sentiment of such comments.

Third, the MFA is transitioning from institutional accounts to personal ones. The reason for this is the desire to have senior officials online sharing their information, insight, analysis and expertise with online followers. Indeed, as DJ stated, senior diplomats are experts in the fields of foreign policy analysis, media relations, geo-politics and even trade. By migrating online, these diplomats can help followers make sense of the chaotic world around them. Moreover, such diplomats may be able to attract niche audiences based on their professional area of expertise (humanitarian law, cyber legislation).

Finally, DJ noted that the Israeli MFA plans to formalize its digital agenda. This agenda is likely to focus on issues such as cyber relations, internet governance and digital trade. In addition, the MFA is leading the charge against hate speech online and how to combat echo chambers of hate. This includes collaborations with tech companies, other government ministries and even foreign governments.

The one day workshop co-hosted with Australian embassy to Israel offered three main conclusions. First, while the relationship between journalists and diplomats may have changed in recent years, the two remain reliant on one another. Journalists look to digital diplomats for information while diplomats look to journalists for context, elaboration and reach. Thus, the digital may have augmented the role of the press attaché, but it has not diminished its importance.

Second, MFAs and embassies looking to harness digital tools must adopt a new conceptual prism which focuses on long term goals. Such a prism not only improves one’s use of digital tools, it also imposes order on digital activities, increases their possible efficacy and enables diplomats to better manage their resources.

Third, digital departments may become the backbone of the MFA of the future. The days of experimentation are over. In addition to training, MFAs will need to focus on developing digital capabilities, recruiting digital experts and formulating a clear digital agenda which ties into a nation’s foreign policy agenda.