From a diplomatic perspective, the European Union (EU) is a baffling entity. On the one hand, it represents a political union of 28 member states. As such, it has governing bodies, legislative bodies and a foreign service that promotes the E.U.’s interests around the world. On the other hand, each member state in the E.U. has its own government, legislative bodies, foreign ministry and embassies that promote its interest around the world.

Yet whether it is baffling or not, one cannot ignore the political and economic importance of the E.U. or its active role in world diplomacy. Moreover, the E.U. has established a formidable presence in the new frontier of diplomacy known simply as digital diplomacy. And it is this presence that prompted me to evaluate the E.U.’s Twiplomacy.

The first step in this task was to decide which E.U. twitter account to analyze. Here I ran into the familiar problem of plurality of channels. At the moment, there are dozens of active E.U. twitter accounts. As can be seen in the image below, the E.U.’s legislative bodies are on twitter as are its elected officials (President of European Council), it foreign service (External Action Service), its various organizations (E.U. on Climate) as well as its embassies and diplomats located around the world. Such a plurality often leads to the frustrating question of- who do I need to follow on twitter in order to gain insight into the E.U.’s foreign policy? 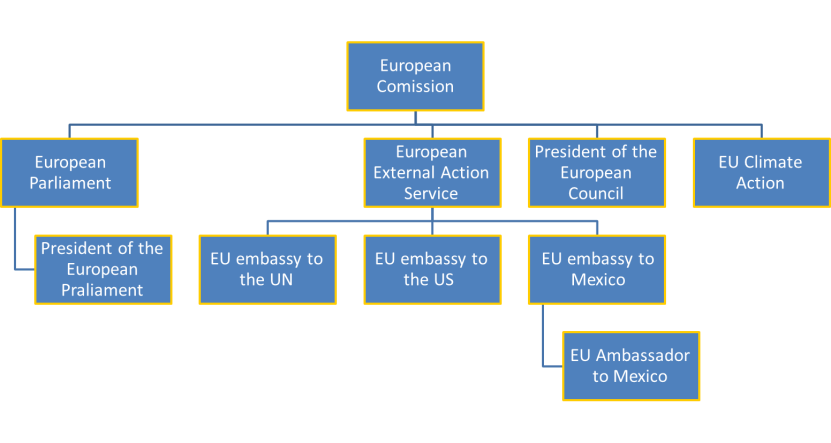 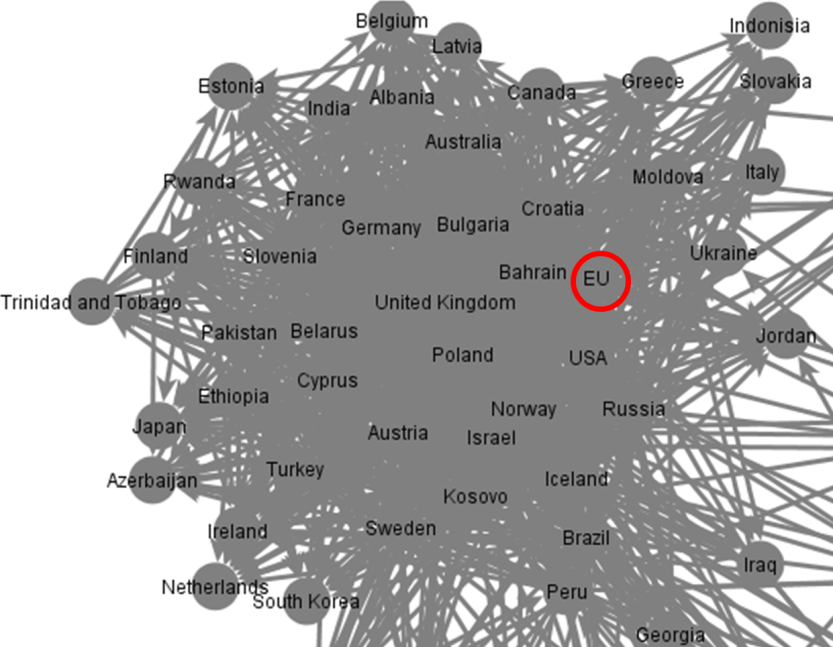 The next parameter I calculated was the out-degree parameter which relates to the extent to which a foreign ministry follows its peers on twitter. This is also an Important parameter as the more MFAs one follows, the greater its ability to gather information on other nations’ foreign policy initiatives. In the out-degree parameter, the E.U. scored the 6th highest score as its follows 41 of the 69 MFAs in this network.

It should be noted, that the E.U.’s External Action Service in one of five MFAs to score high on all three parameters (along with Sweden, Russia, Poland and Israel).

It is important to note that the E.U. is the only diplomatic entity to score high on all three parameters in both the UN social network and the foreign ministry social network.

My final analysis explored the distribution of fans of the External Action Service’s Facebook page by geographic region. This is, in my opinion, an important analysis as it demonstrates an MFA’s global reach alongside its domestic reach. In the age of digital diplomacy, MFAs that are able to attract large domestic audiences can directly communicate with their citizens without going through the filter of the mass media.

The External Action Service’s Facebook page fan distribution by region is presented below. 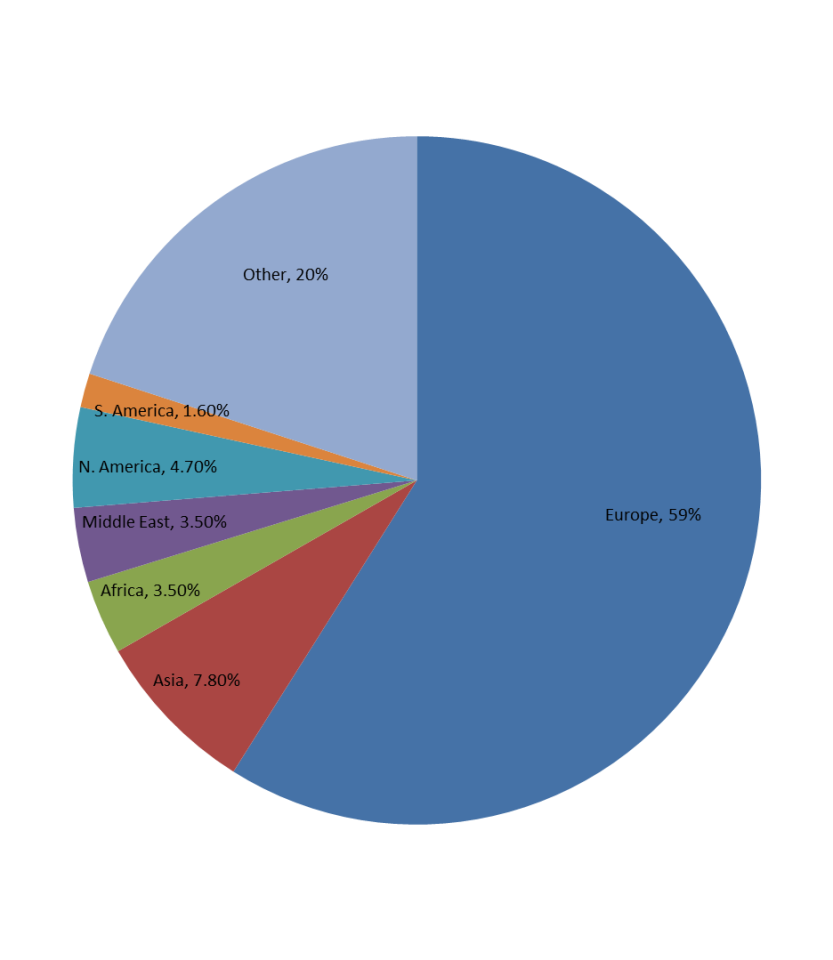 As can be seen, the vast majority of E.U.’S Facebook fans are from Europe itself (59%). Moreover, the E.U.’s local audience base is larger than that of the US State Department, the UK’s foreign office and Israel and Poland’s MFAs.

Given its high scores in the Twiplomacy social networks, and its ability to attract a massive local audience base, it’s possible that when it comes to Twiplomacy, the E.U. is in a league of its own.

One thought on “Exploring the E.U.’s Twiplomacy”