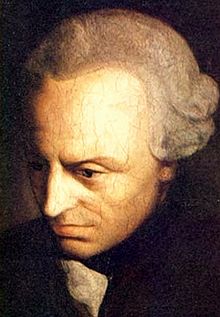 I recently came across an old blog post by the wonderful blogger Marco Recorder who asked his readers to offer definitions of the term digital diplomacy. While I have been researching digital diplomacy for more than two years, I too often find myself confronted by the dilemma of how to best define this novel form of diplomacy.

In attempt to stand on the shoulders of giants, I sought the help of German philosopher Immanuel Kant who when asked to define the meaning of enlightenment wrote:

Enlightenment is man’s emergence from his self-imposed immaturity. Immaturity is the inability to use one’s own understanding without another’s guidance. This immaturity is self-imposed if its cause lies not in lack of understanding but in indecision and lack of courage to use one’s own mind without another’s guidance. Dare to know! “Have the courage to use your own understanding,” is therefore the motto of the enlightenment.

Of course enlightenment was not one thing or one man’s interpretation. It was a movement, it was an age, it was a state of mind and it was the culmination of many events which occurred in many places and which were fueled by the passion of many people. Enlightenment was also the result of numerous societal processes ranging from the invention of the printing press to the birth of the modern sovereign state and the Protestant reformation that dared challenge the church’s monopoly on human knowledge. It was even the result of the infatuation of one man, Henry the Eighth, with one woman, Anne Boleyn. As Charles Dickens stated when attempting to define another revolution, it was the best of times, it was the worst of times.

Defining digital diplomacy may be just as hard as defining the term enlightenment given that the process of adapting diplomatic activities to the digital age has only recently begun. While the US State Department first formed its Taskforce on eDiplomacy more than a decade ago, most of its embassies and diplomats have been tweeting for little more than two years. Diplomatic institutions are often late adopters of technology and require long durations of time to adapt to new technological innovations. This may be attributed to the fact that they are large, bureaucratic and risk averse. It is therefore fair to assume that digital diplomacy is only in its infancy.

Finally, there is the question of the scope of the definition of digital diplomacy. Should we include Information and Communication Technologies (ICTs) such as instant messaging, e-mail, WhatsApp, the smartphone and the impacts these have had on the day to day work of diplomats in our definition ? The issue of how broad a definition should be was best articulated by Albert Einstein who said that “Not everything that can be counted counts and not everything that counts can be counted”.

The key to solving these problems may lie in focusing on that which is most central, or unique, about digital diplomacy. This is a) the adoption of web 2.0 applications (such as social media) which enables a transition from monologic communication to dialogic communication b) the growing use of ICTs by diplomats and diplomatic institutions ranging from email to the smartphone and its many applications and c) the migration of foreign ministries to the online world as part of the evolution of e-Gov.

Digital diplomacy refers to the migration of diplomatic institutions and diplomats to the online world through the adoption of web 2.0 applications and ICTs.

Below are other definitions prompted by Mr. Recorder’s blog post:

.@marcoRecorder I like @JohnKerry's definition: "the term digital diplomacy is almost redundant. It's just diplomacy" #digidipis