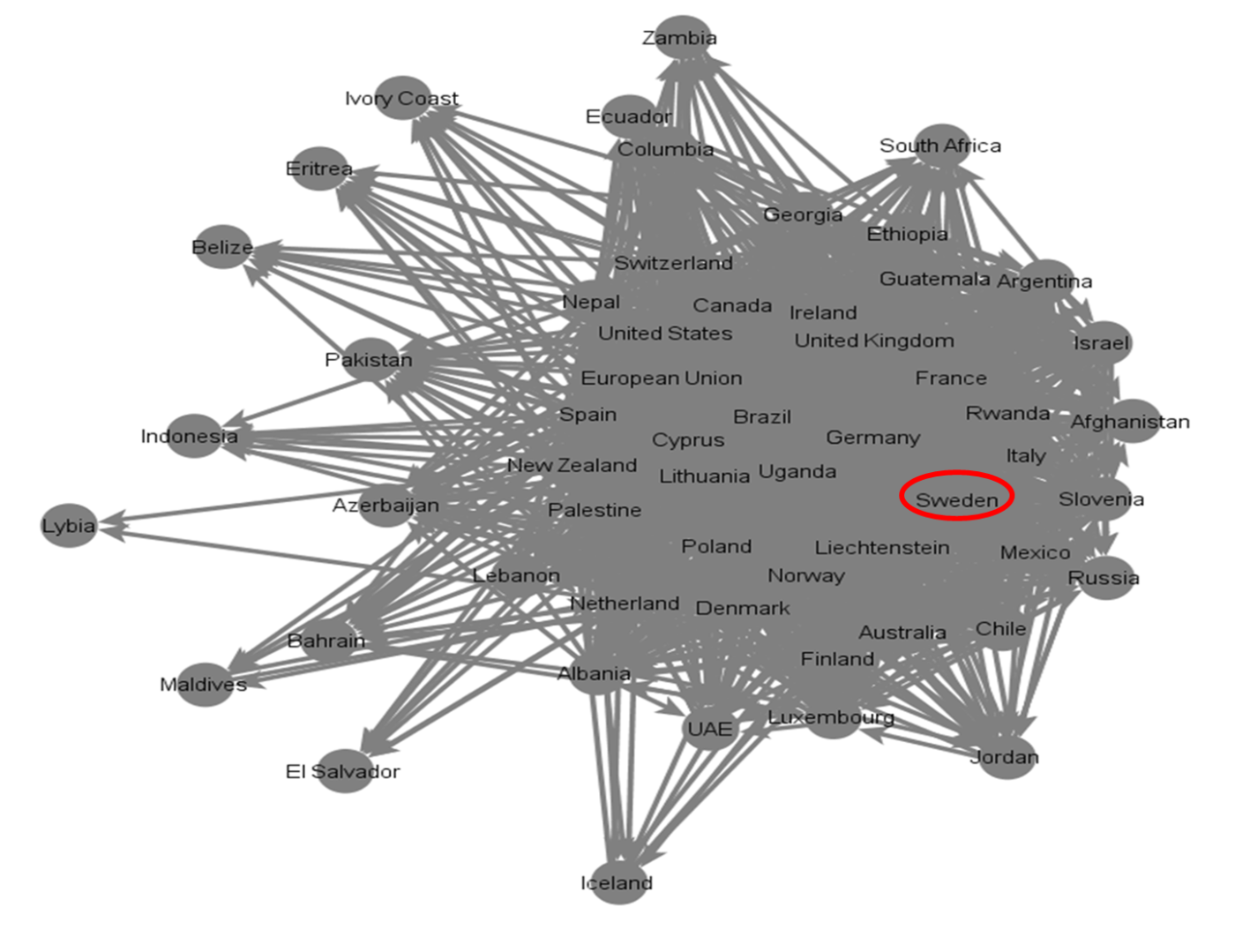 Over the past few months I have analyzed the twitter accounts of various embassies and ministries of foreign affairs. A recurring finding is that Sweden is a world leader in the field of digital diplomacy. As the United Nations headquarters in New York is one of the most important hubs of diplomacy in the world, I was interested in analyzing the twitter account of Sweden’s embassy to the UN.

Using a sample of the twitter accounts of 56 embassies to the United Nations in New York, I attempted to visualize the UN as a social network. As can be seen below, Sweden is at the very heart of the UN’s social network. 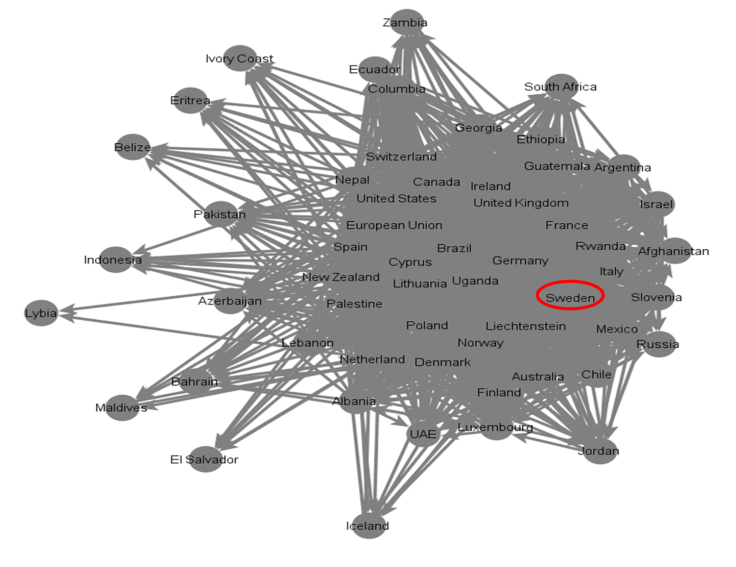 While Sweden is not part of the G-7, its embassy to the UN is followed by all G-7 members who have active twitter accounts (i.e., Canada, Germany, France, EU, US, Italy). Therefore, Sweden’s embassy has the ability to interact, engage and disseminate information to some of the world’s most influential countries. Moreover, the Swedish embassy is followed by the majority of countries currently comprising the UN Security Council, including three of the four members who have veto rights (i.e., UK, US and France). Thus, the Swedish embassy may also have the ability to influence deliberations in the UN’s most important body. 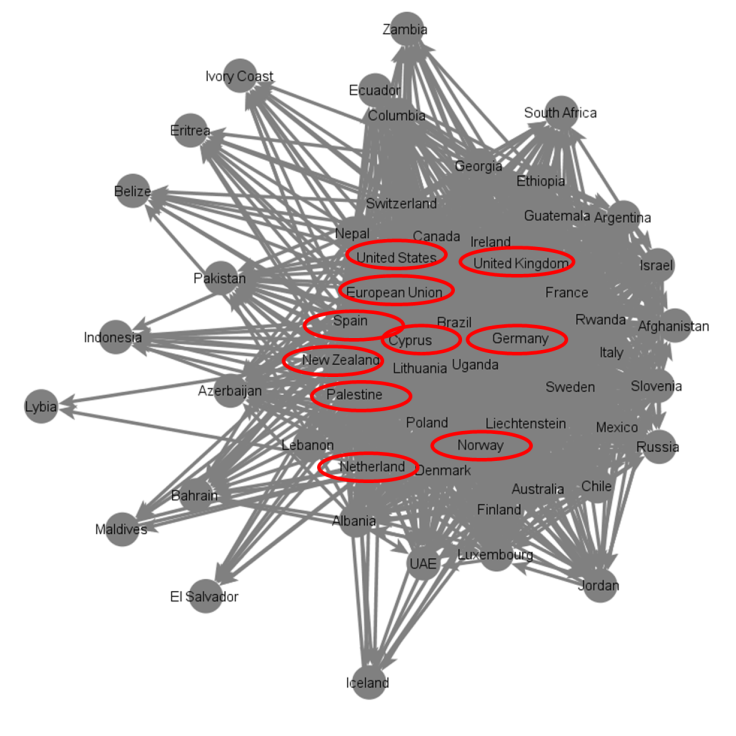 However, the Swedish embassy is followed by all ten major hubs of information. Through these embassies, Sweden has the ability to gather and disseminate information effectively throughout the UN social network. 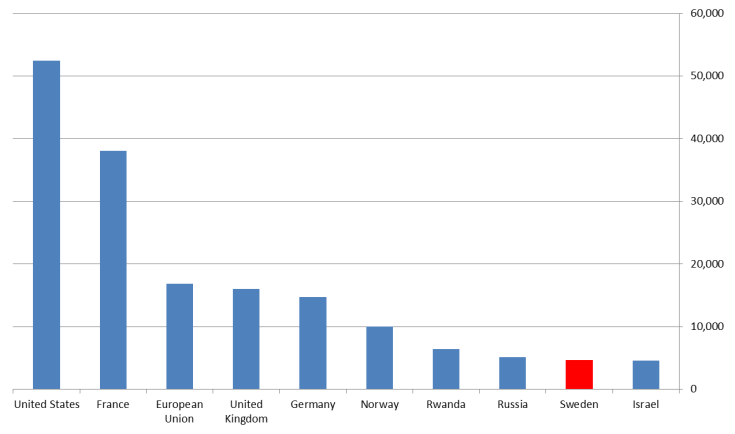 In term of overall activity, however, Sweden does not make the top ten and comes in at fourteenth place with some 953 tweets published thus far by the embassy.

Top Ten Most Active Embassies to the UN