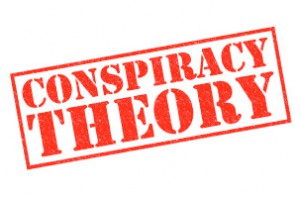 Now is the age of conspiracies. Throughout the world, the mass dissemination and belief in conspiracy theories seems to be on the rise. These were especially visible during the 2016 Presidential elections as some argued that climate change was a Chinese invention meant to weaken the West, that Barack Obama was not born in the U.S. and that vaccines cause autism. Bale has defined conspiracy theories as “beliefs about a group of actors that collude in secret to reach malevolent goals”. Traditionally, conspiracy theories were popular among Americans. Some studies suggest that the average American believes in at least one conspiracy theory at any given time. This is true of white-collar and blue-collar Americans, liberals and conservatives and democrats and republicans.

Sociologists tend to trace the emergence of conspiracy theories in America to the Watergate scandal and the Vietnam War. The revelation that the Johnson administration lied to the American public, and the resignation of Richard Nixon, caused a rapture in American politics that has yet to heal. At a basic level, Americans lost faith in their democratic institutions and their democratic leaders. This gulf widened further during the Reagan years and the Iran-Contra scandal. It is thus not surprising that some American believed the “Pizzagate” theory, which alleged that the Democratic Party was running a pedophilia ring from a Pizza shop in Washington DC.

Yet nowadays conspiracy theories are flourishing online in many countries. Often, these theories do not emerge naturally from social media users, as is the case with the Flat Earth movement. Rather, nations strategically use conspiracy theories to obtain foreign policy goals. For instance, during the Crimean Crisis of 2014 Russian trolls flooded chat forums and fake news sites in Ukraine with conspiracies detailing the abuse of ethnic Russian by Ukrainian nationalists. One story focused on the crucifixion and murder of Crimean child by Ukrainians. Another story told of Ukrainian soldiers poisoning water wells throughout Crimea while still others stories reported on the creation of concentration camps meant to house ethnic minorities. These conspiracy theories may have been targeted at Russian minorities in Crimea as part of an attempt to rally their support for the annexation of Crimea into the Russian Federation.

Other times, conspiracy theories are used to extend the reach of hate speech. It is estimated that every 83 second some type of anti-Semitic content is published online. Many times this content deals with Jewish moguls’ stranglehold over national or global economies. Such conspiracy theories are especially dominant in Eastern Europe given political leaders’ affinity for using anti-Semitic tropes during elections. Anti-Semitic conspiracy theories also tend to link the State of Israel to dramatic events ranging from 9/11 to ISIS attacks in Egypt and Europe. Strategically, conspiracy theories mired in hate speech can be used by actors to inflame domestic politics and drive societal wedges. Russian Facebook ads published during the 2016 elections deliberately focused on police violence against young black men as well as stocking white fear of black violence, as can be seen in the add below.

Finally, conspiracy theories can be used to damage the reputation of nations. According to Nick Cull, online theories now purposefully attempt to shame nations thereby weakening their international standing. This is possible beacuse morality breeds legitimacy in diplomacy. Nations that violate the norms and values that are deemed as desirable by the international community may find themselves isolated and unable to form coalitions with other states. They may even face sanctions. For instance, some conspiracy theories now argue that bestiality is prevalent in Denmark. Such allegations may cause serious harm to the Danish national reputation.

A relevant question is why are conspiracy theories flourishing online at this very moment? One answer may lie in the visual nature of the internet. In modern societies, seeing is believing. Videos and images serve as proof that certain events took place at a certain time. Yet it is now all too easy to manipulate images and doctor videos. These can then carry “proof” of conspiracy theories far and wide. The emergence of deep fake threatens to strengthen the ability of individuals, groups and nations to use conspiracy theories strategically.

Second, conspiracy theories may be flourishing online as it is increasingly difficult to distinguish between a person and a bot, or an automated software meant to mimic a human. Social media users may wake up one morning to find their feeds flooded with information pertaining to a fictitious event leading them to assume, falsely, that the event in question has really taken place. Fake news sites are also potent devices for spreading conspiracy theories as audiences have been primed to put their faith in the media. Questionable news sources are also flourishing online knowingly disseminating false information and dramatically extending the reach of conspiracy theories. One example is the US based InfoWars website.

Echo chambers, or gated digital communities, may a play an important role in the rise of conspiracy theories. As people become exposed to a continuous stream of false information which is re-enforced by images and claims of proof, they may slowly come to believe even in the most fantastic of things.

Yet above all, conspiracy theories may be flourishing because people have lost faith in their governments. According to a 2016 report by the Economist, citizens throughout Europe and North America have steadily lost their trust in government and in elected officials. Other studies argue that trust was already lost in previous decades and has simply yet to be regained. But recent events may contribute to an accelerated loss of faith in governments. These include the Brexit referendum and the political paralysis in the U.K., the Presidency of Donald Trump, corruption scandals in Israel and Canada not to mention governments’ lack of ability to work collaboratively. Like governments, many multi-lateral institutions are facing a crisis of confidence given their apparent paralysis. The UN has been unable to end the horrific war in Yemen or hold the Assad regime to account for its use of chemical weapons; NATO has been unable to curb Russia’s expansionist policies in Europe while the EU has been unable to tackle the erosion of democracy in Eastern European countries.

Importantly, digital diplomats may play a role in restoring public trust in government and in multi-lateral settings. By using digital platforms, ranging from Twitter to blog sites, diplomats can demonstrate to the national citizenry how government policies bear fruit. They may also offer citizens the ability to make sense of a complex world and complex crises. British diplomats, for instance, use the FCO’s blog site to explain why some multi-lateral forums are paralyzed, and how are others are promoting national and global causes. Digital diplomats may also increasingly communicate with local and foreign audiences online thus increasing trust in governments one conversation at a time. For when government becomes open, trust may be restored. For this reason, investing resources in digital outreach is not an exercise in vanity. It is a strategic counter-weight to the erosion of trust in government and the spread of conspiracy theories online.