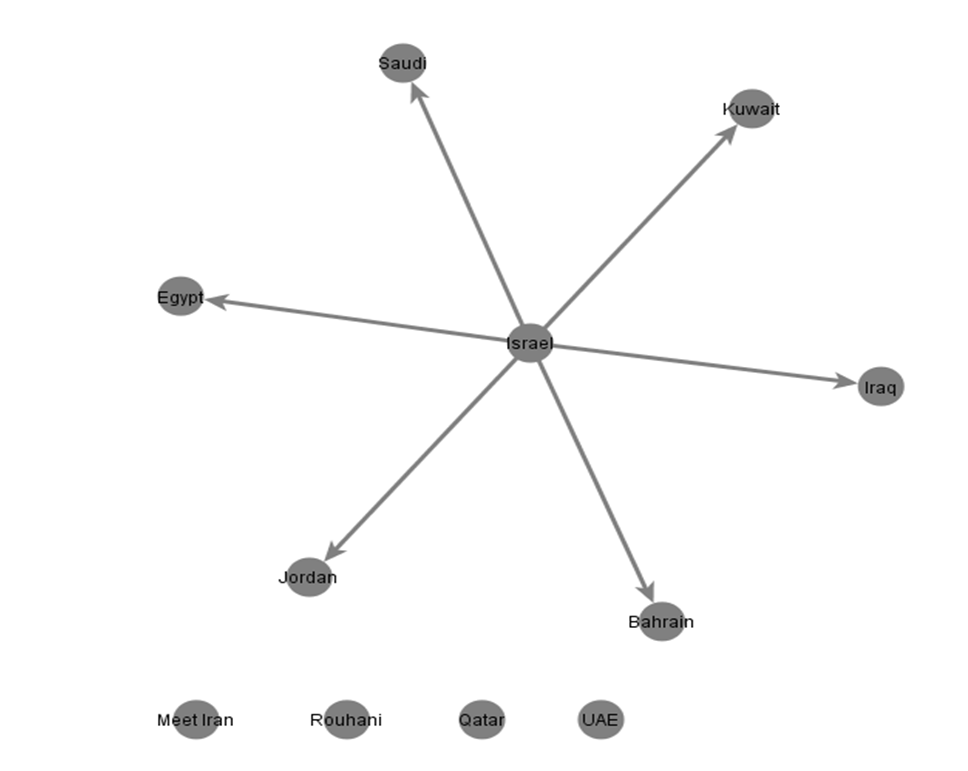 I have often wondered if a foreign ministry’s decision to follow another foreign ministry on twitter or Facebook is regarded as a political decision. In attempt to answer this question, I decided to search for “follow-mies”, countries that are enemies in the go-political world but that follow one another on twitter. This was made possible by focusing on several geo-political conflicts currently shaping our world.

Israel’s foreign ministry currently follows six Arab MFAs (Ministries of Foreign Affairs) on twitter. Of these six, two are countries with which Israel has signed peace treaties (Egypt, Jordan) and therefore do not qualify as “follow-mies”. The remaining four, however, are countries with which Israel does not have official diplomatic relations and they are Saudi Arabia, Kuwait, Bahrain and Iraq.  Interestingly, no Arab MFA follows the Israeli foreign ministry’s twitter account. Thus, it seems that Israel is in a one directional relationship with the Arab world around it.

Digital Diplomacy Ties between Israel and the Arab World 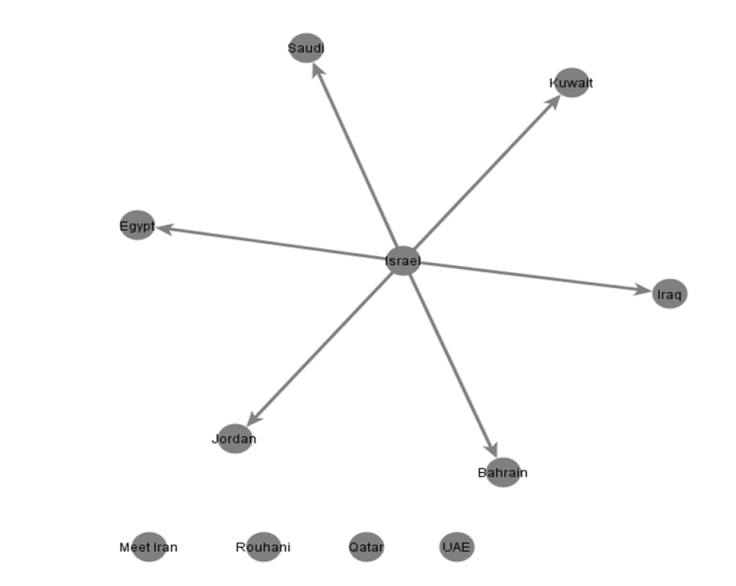 It should be noted, however, that there is one Israeli official who does follow @Rouhani and @Meet Iran and he is Prime Minister Netanyahu’s Spokesperson for Arab Media. It is fair to assume that the PM’s spokesperson is a “follo-mie” of @Rouhani  and @MeetIran given the desire to gather relevant information posted online by Iranian officials.

The Palestinian embassy to the US (@@PLODelegationUS) is not followed by the Israeli MFA nor by Israel’s embassy to Washington. The Palestinian embassy is followed, however, by the PM’s spokesperson for Arab Media and the official twitter account of the Israeli Defense Forces (@IDF). This decision is also most likely the result of a desire to gather relevant information from social media accounts than a political statement.

Digital Diplomacy Ties between Israel and the Palestinian Embassy to Washington

Israel, Bahrain and Lebanon do not follow one another. 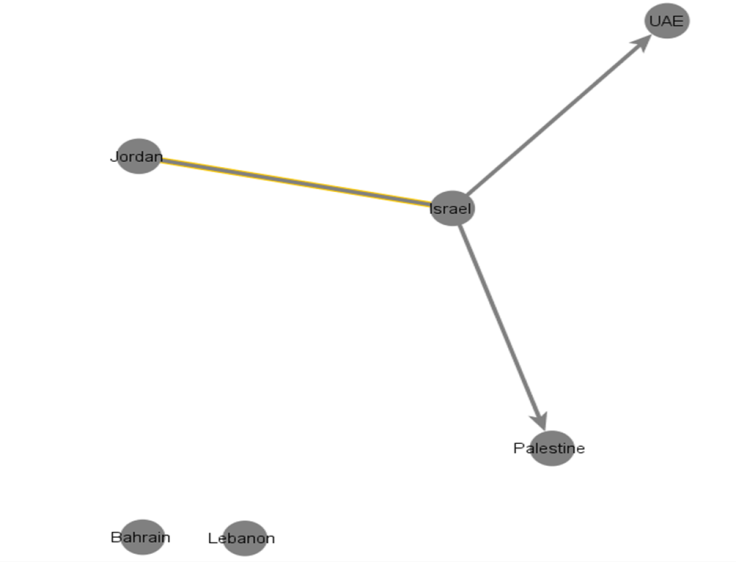 (Note: mutual ties between Jordan and Israel highlighted in yellow)

Conflicts within the Arab World:

I would be remiss if I were to treat the Arab world as one whole. Currently, several Arab countries are in conflict with one another be it for religious or geo-political reasons. Saudi Arabia is currently on “the outs” with Iran and Qatar while Qatar has cooled its relations with Egypt.

My finding with regard to “follow-mies” in the Arab word is quite surprising as it seems that the Arab world is completely disconnected. The only country to follow other Arab MFAs on twitter is Bahrain which follows Kuwait, UAE, Saudi Arabia and Jordan (which follows the UAE in return). No other Arab countries follow one another on twitter. This could indicate that for Arab states, the decision to follow another country’s digital diplomacy account is tantamount to a political statement. 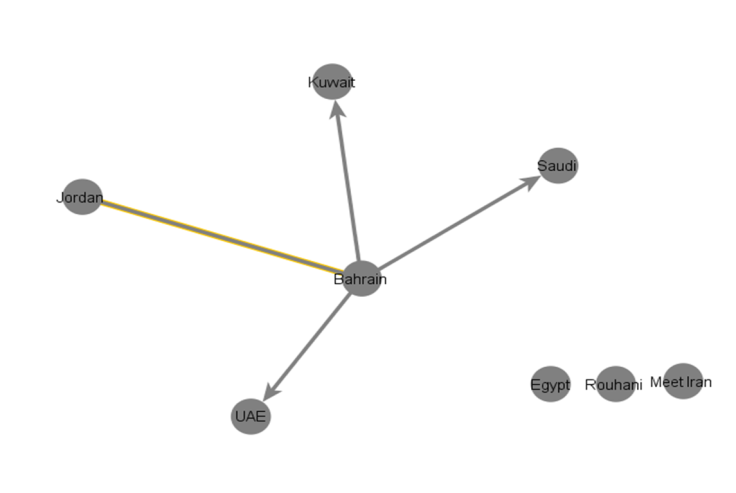 (Note: mutual ties between Jordan and Bahrain highlighted in yellow)

Finally, I have attempted to locate “follow-mies” in other global conflicts. While the tensions between Russia and Ukraine have eased over the past few weeks, the two countries were at each other’s throats during the Crimean crisis. Both countries, however, follow each other’s MFA on twitter and are therefore “follow-mies”.

The same cannot be said for India and Pakistan as Pakistan is India’s “follow-mie” yet India’s MFA does not follow its Pakistani peer.

Despite ongoing negotiations regarding the Iranian nuclear program, Iran and the United States do not have diplomatic relations since the hostage crisis of 1979. The US State Department (@StateDept) does follow @Rouhani. Yet neither @Rouhani nor @Meet Iran follow the US State Dept.

In summary, there are relatively few examples of “follow-mies” when evaluating digital diplomacy ties between conflicted countries. This is especially the case when evaluating relations within the Arab world and between Arab nations and Israel. Thus, it is possible that among Arab countries, the decision to follow the digital diplomacy accounts of another country is first and foremost a political statement.