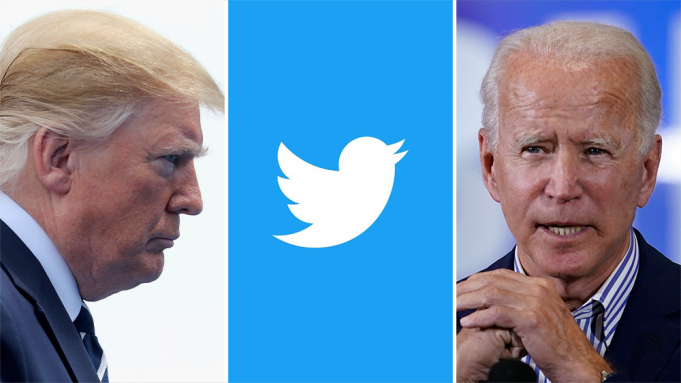 On January 20th, as President Joe Biden took the Oath of Office, he also gained control of the @POTUS Twitter account (President of the United States), one of the most followed accounts on Twitter. Both his predecessors had amassed a vast following online with Donald Trump reaching some 90 million followers and Barack Obama 137 million followers. That US Presidents attract millions of followers is not surprising. As influential world leaders, and heads of a global superpower, Presidents attract a myriad of followers. First, Americans are avid users of Twitter and millions of them follow their President to keep abreast of world news, learn about domestic and foreign policies and monitor the President’s comments on domestic and foreign issues. Second, political actors in America follow the @POTUS account where the President outlines his political vision, announces new initiatives and promotes his policy agenda. Indeed, both Obama and Trump used Twitter to ‘sell’ or market their policies, be it Obama’s Iran Deal or Trump’s Mexican wall. Third, civil society organizations, NGOs and activist networks also follow Presidents whose legislation impact’s their activities (e.g., climate, global hunger). There are also the ‘voyeurs’, those Twitter followers who hope to view the backstage the of politics and power; who are eager to view pictures of Presidents being ‘un-presidential’. Lastly, there are local and global journalists who view the POTUS account as a regular source of information. Presidential tweets translate into newspaper headlines or are integrated into news stories so as to offer America’s view on current affairs.

It should thus come as no surprise that during the eve of his inauguration, Biden attracted several millions of new followers on Twitter. Biden took the Oath of Office and 19:00 in the evening Israel time. An hour later, he was already followed by 1.5 million Twitter users, a feat that puts to shame corporate brands who might require months of tweeting to gather such a following. By midnight, some five hours after the inauguration, Biden was nearing the four million mark, as shown in the graph below.

Biden’s following continued to grow quickly during the following day, January 21st. In a span of 24 hours, the @POTUS account grew from 3.7 million followers to 5. All this while the account was relatively dormant. On its first two days the account published only a handful of Tweets. As such, these Twitter users did not follow Biden because of what he had said, but what he will say as his Presidency takes shape.

Yet after January 21st, the POTUS account began to plateau. Over the next two days, it attracted only half a million followers bringing the account to a sum total of 6.1 million followers. This may be a result of the fact that Biden had only published 31 tweets over the four day span. As digital diplomacy studies have found, activity breeds followers. Diplomats, Ambassadors and world leaders who neglect their Twitter accounts soon lose their followers who flock elsewhere to learn about the world around them.

Biden’s relative lack of activity may stem from the President’s own appraisal of social media. Unlike Biden, Trump used Twitter routinely to comment on global affairs, make sensational comments, spread lies and misinformation and breed conspiracy theories. The more outlandish his Tweets, the more media attention they attracted and the more followers Trump gained. Obama, on his part, began to view social media as an important tool on the campaign trail, and his @POTUS account offered the desired balance between important policy statements and ‘behind the scenes’ moments of the President fits-bumping a White House cleaner or allowing a toddler to graze his short hair. It is possible that Biden differs from his counterparts. While the @POTUS account may be used by his staff, he himself may be less invested in social media activity limiting his digital reach.

What was most surprising about the new @POTUS account was the relative lack of interest it garnered from diplomats. Studies have shown that diplomats regard official accounts as important sources of information that feed into the foreign policy formulation process. Moreover, several studies have found that diplomats routinely follow their peers online. The majority of Ministries of Foreign Affairs (MFAs) follow one another on Twitter as do UN Embassies in New York and Geneva. Even foreign ministers follow one another on social media. For diplomats, following one’s peers offers insight into other nations’ foreign policy priorities. Diplomats may also use social media to anticipate policy shifts or identify new diplomatic initiatives. Twitter accounts are especially monitored during times of crisis. The Crimean crisis saw a surge in the number of diplomats following the Ukrainian MFA. Lastly, as one diplomat stated in an interview, other digital accounts may be a source of information and a source of inspiration. Diplomats may observe their peers’ online tactics and emulate those that attract attention.

To examine diplomats’ eagerness to follow the new @POTUS account, I used a sample of 75 MFAs representing nations from each continent as well as nations with varying levels of prosperity and digital proficiency.  On Jan 20th, the day of Biden’s inauguration, only 5 out of the 75 MFAs in the sample followed the @POTUS account including Cyprus, Colombia, the Dominican Republic, France and the British Foreign Office. The following day, January 21st, Morocco and Mexico also followed the POTUS account. By the 23rd, the number of MFAs following @POTUS was 11 out of a possible 75. Additional MFAs included Italy, Belgium and Ukraine (see the graph below)

A similar trend was noticeable among diplomatic missions. Out of a sample of 145 UN Missions in NY, only 14 followed the @POTUS account on inauguration day including the missions of Afghanistan, Andorra, Armenia, Croatia, Estonia, EU, France, Georgie, Germany, Guatemala, Latvia, Malta, Turkey and the US. It should be noted that of these 14, half represent MFAs with limited resources and limited representations abroad (e.g., Latvia, Georgia, Estonia). This may lend credence to the assumption that MFAs with limited resources are more avid users of digital diplomacy as it serves as an important tool of information gathering, counter balancing a limited number of Embassies. By the 23rd of January a total of 22 UN missions followed the @POTUS account out of a possible 145 including Namibia, Palestine, Slovakia and Yemen- again missions representing MFAs with more limited resources when compared to Germany or the EU.

In Geneva, only 7 missions followed the @POTUS account between January 20th and January 23rd including Bahrain, the Dominican Republic, France, Latvia, the Netherlands, New Zealand and Ukraine. Finally, up to the 23rd of January only 4 EU missions followed the POTUS account: Cyprus, Norway, Poland and the US. While it is not surprising that there is a large gap between NY Missions and Geneva ones, as the diplomatic community in New York is more active on Twitter, in both cases, only a small number of diplomatic institutions followed the new President’s account.

The results presented thus far are in no-way definitive and over the next few weeks the number of diplomats following the @POTUS account may steadily grow. Yet one would expect that one decade into the digitalization of diplomacy, Ambassadors, Embassies, UN Missions and MFAs would swarm to Biden’s account knowing full well that such an account may prove a treasure trove of vital information.

Most surprising was the fact that journalists and media institutions also did not follow the @POTUS account en masse (see graph the above). Using a sample of more than 500 newspapers, foreign policy editors, foreign correspondents and global media outlets (e.g., CNN, Al Jazeera), I found that only 66 followed Biden in the first few days of his tenure, out of a possible 500. This finding may support the argument of ‘no pain, no gain’. Journalists are unlikely to follow the @POTUS account if it does offer insight into the Biden administration’s policy, and the President’s own worldviews and positions on events shaping America and the World.